Recently Jackson guitars announced the new X Series David Ellefson Signature 30th Anniversary Bass. Megadeth released their renowned album “Rust in Peace” which took the thrash metal and the music scene by storm, this was the first time we noticed David Ellefson’s exceptional bass playing. This was the record that made David one of the premier thrash metal bass players of our generation.

This 30th Anniversary model will celebrate the very first Jackson model the company released with his own personal touches.

“This bass truly represents the origin story of my relationship with Jackson, tracing back to the late-1980s when the company built my very first Quicksilver Concert Bass, just like this one,” said Ellefson. He also added, “Right down to the feel of the body and neck, the layout of the controls and its thundering rich tone, this bass is a modern representation of the that exact same instrument of yesteryear. By revisiting our past, I’d say we created an even better instrument for today.”

This bass will have the classic heavy Jackson sound and the fast playing neck Jackson Guitars are known for. The instrument will have a poplar body and through-body maple neck which will have graphite reinforcement rods in them, for more stability in all climates. This bass is built for better comfort and fast playing, they achieve this with the 12”-16” compound radius laurel fingerboard.

Furthermore, it will come with the classic and heavy EMG P and J pickup configurations with a three-way switch. It will also include a two-band EQ for treble and bass. For extra punch and increased sustain they added the Jackson HiMass™ 4-string bridge.

In addition, it will come with the classic and heavy EMG P and J pickup configurations with a three-way switch. It will also include a two-band EQ for treble and bass. For extra punch and increased sustain they added the Jackson HiMass™ 4-string bridge.

The price for this bass is $899.99 and is available at all major music retail shops. 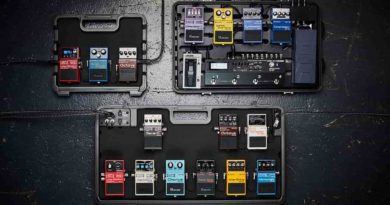